Here is a lexicon of words to help you discuss architecture and understand architects:

Balance [bal-uhns]:  Always a goal for architect creating balance can be done most easily with symmetry however asymmetrical architecture can still obtain balance.  Architectural balance is concerned with the arrangement and proportioning of mass to obtain visual equilibrium. 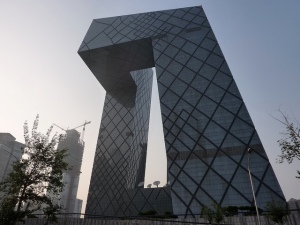 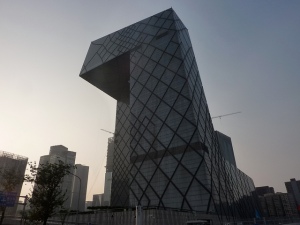 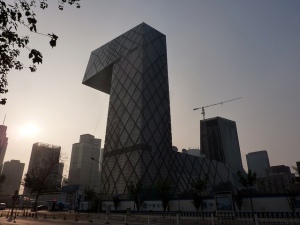 The balance of the CCTV building in beijing changes dramatically as you move around it.
Flickr Photos by Ningbo Ningbo

Occupant experience:  This term is a way of empathizing with how users of the building will understand the space.

Permeability of the space:  This is a very architectural way of describing that there is easy movement / flow / connection (visual or physical) between multiple spaces without describing in anyway how this is done.  For example the exterior walls of the SOHO Camper store is permeable because there are a number of means to access the store from the street and the street from the store, therefore this is a highly permeable space.

The entire facade blurs the line between interior and exterior on the Storefront for Art and Architecture in New York.
The Prada Store in Los Angeles by Rem Koolhaas completely deletes the front facade, this retail space has maximum permeability to the street.

pe while not specifically describing it at all, thus being generic and specific simultaneously. The form of architecture is typically clear.  When an architect or architecture is said to be ‘formal’ it refers being designed based on the outcome of the building form rather than other driving forces such as building function (functionalism) or experience.

Mies van der Rohe is a prime example of a formal architect whereas Koolhaas is less so.

This is the Architecture Centre Amsterdam.

Functionalism [fuhngk-shuh-nl-iz-uhm]:  This is an architectural style where the building function, materials, purpose and construction is expressed and is the driving force of the design.  Louis Sullivan coined the phrase “form follows function” in the 1920s which transformed the aesthetic of architecture and became a mantra for the modern movement.

Typology:  A way to classifying architecture by type.  For example residential, institutional, schools, recreational, and so forth.

Architectonics [ar-ki-tek-ton-iks]:  The science of architecture / the science of planning and constructing buildings. 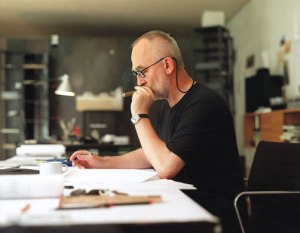 model posing as an architect at work